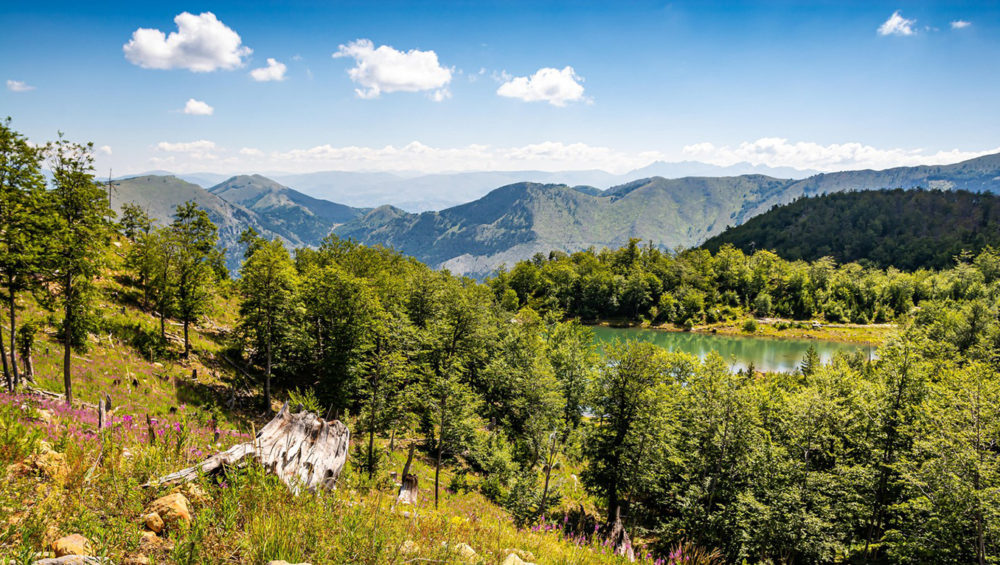 Albania is one of the most interesting countries in Europe, and one of the friendliest – perhaps in part because it’s so small, with a population of just 2.8 million. It is also a top destination for foodies, with affordable fine dining and delicious local dishes such as fërgesë stew to try. Be pleasantly surprised by the world-class beaches of the Riviera, or find your inner adventurer by hiring a car and driving into the mountains. Here’s what to know before you go.

One of the best things about travelling to the Land of the Eagles is that wherever you go, from the capital city to the Riviera, from the mountains to the historical towns, you will be welcomed by the locals. Albania is one of the friendliest countries you’ll ever visit. So don’t be afraid to ask for directions or other information – there will always be someone who will help you find what you’re looking for, be it accommodation, a place to eat or transport advice. Many Albanians speak English, and tourism is developing within the country and is welcomed as a key part of the country’s economy.

Albania is one of the friendliest countries you’ll ever visit 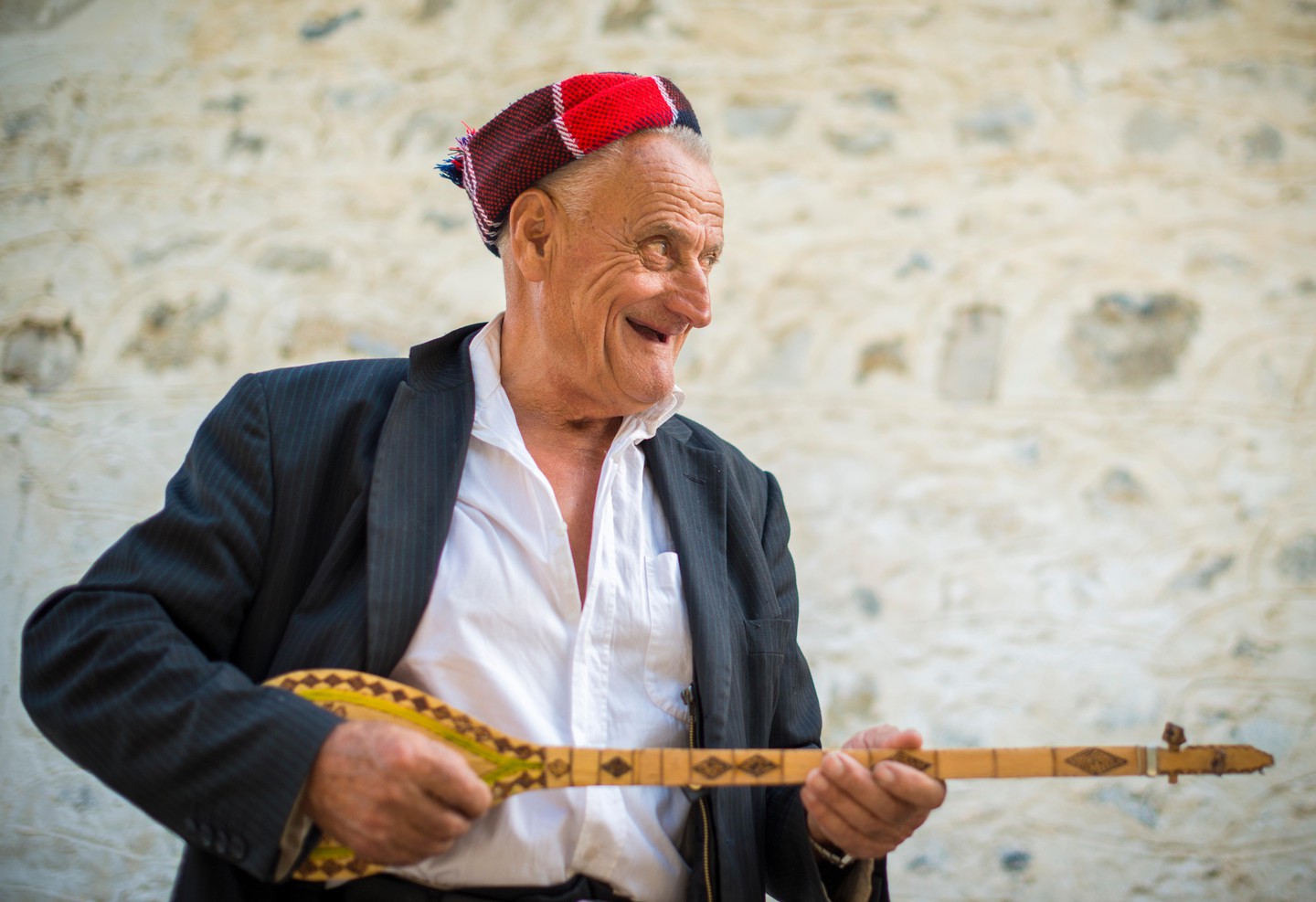 It is a safe country

Albania is one of the least dangerous places in Europe. According to the UK Foreign Office, public safety is generally good, and there are very few reports of crime aimed at foreigners or tourists, although pickpocketing does happen. You can travel to Albania with children, with a loved one or by yourself (women included) without worrying about your safety as you might in some countries.

The country does lie in an earthquake zone, and a 6.4-magnitude quake in 2019 killed 51 people. The epicentre was in Mamurras, in the northwest of the country, with tremors felt in Tirana. Life has gone on since the quake, and the government has since tightened up construction regulations.

Foreigners and locals generally stick to bottled water in Albania, as it’s not advised to drink the tap water – and make sure any meat you eat is well cooked.

Albania is one of the least dangerous places in Europe 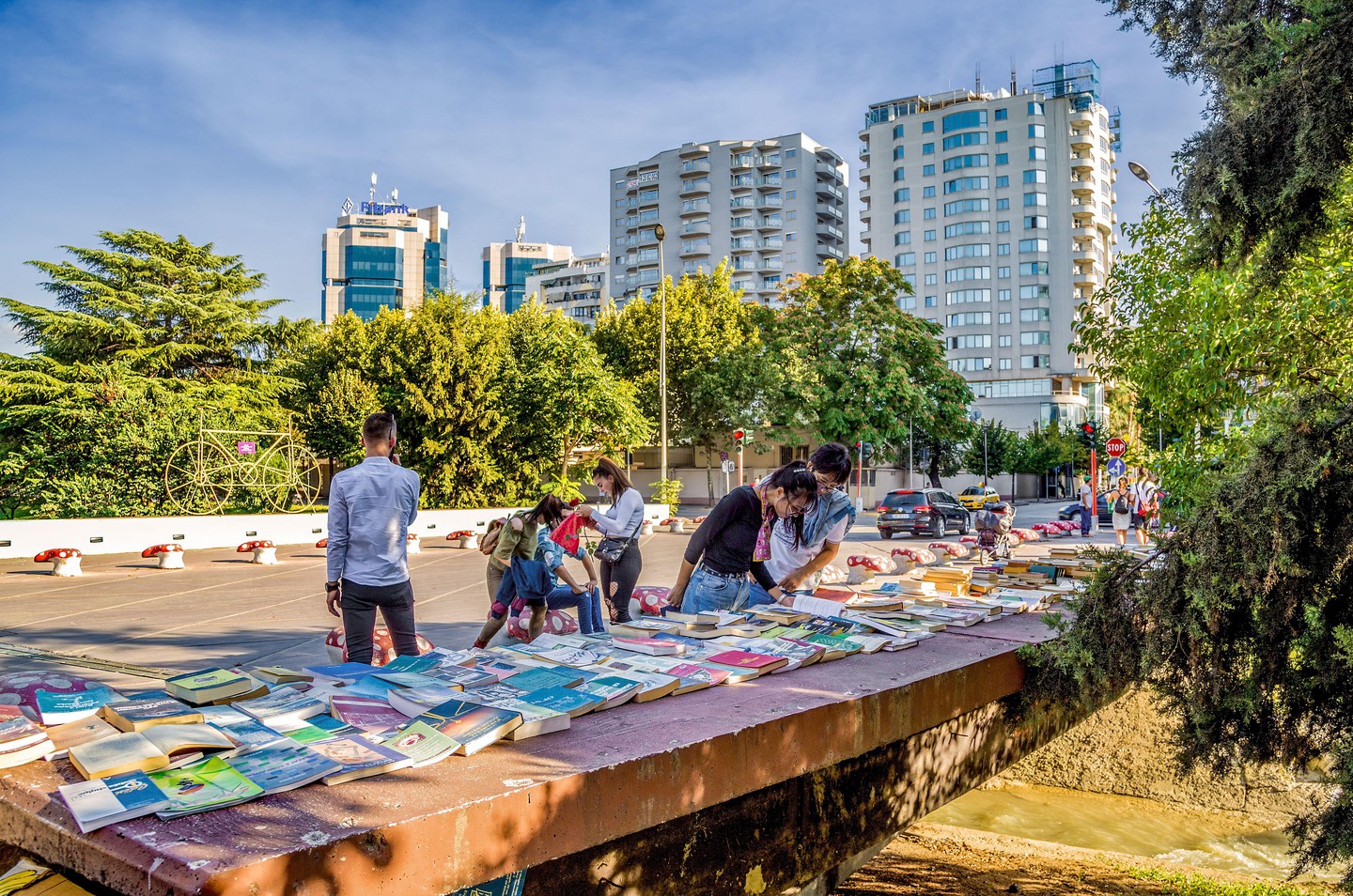 The beaches along the Riviera are gorgeous

There is a good reason why most tourists visiting Albania come to its beaches: the Albanian Riviera has some of the finest stretches of coast in Europe. These pebbly and sandy shores line crystal waters that could stand toe-to-toe in a beauty contest with the beaches of Italy, Greece or Croatia. The best beaches on the Riviera are Drymades, with clear water, live music and beach bars, and Ksamil, which also has clear-blue water and is part of Butrint National Park. However, you will find sublime stretches of sand all along the coast. Palasa Beach, surrounded by rocky cliffs and green hills, is also a great place to relax, as is Dhermi beach, which has a party vibe.

The Albanian Riviera has some of the finest beaches in Europe, such as this one at Dhermi 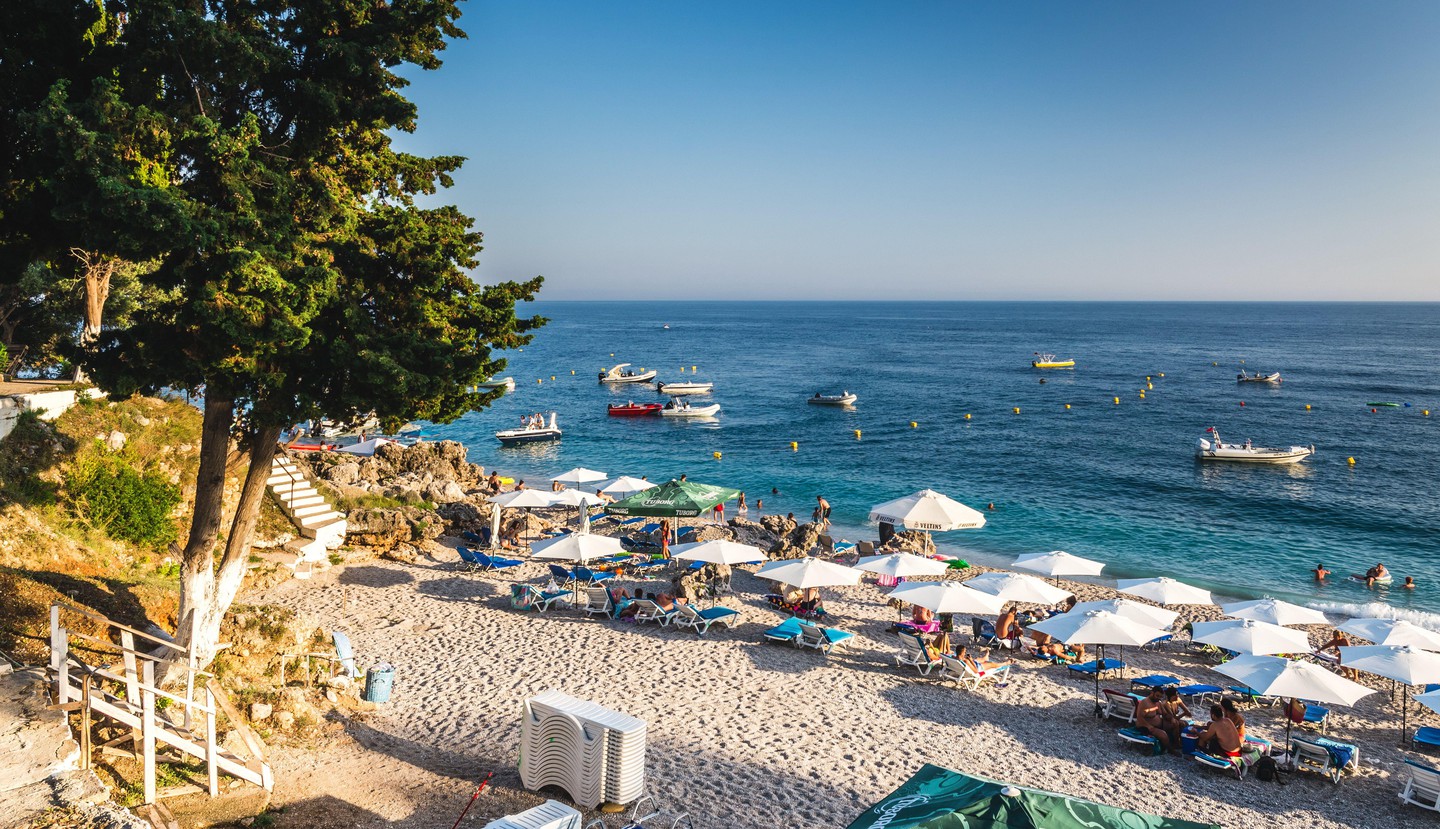 Although the Albanian Riviera and its stunning beaches are great reasons to visit, the country has so much more to offer. Mountains, including the Albanian Alps and the Sharr and Pindus ranges, run along the length of the country. Archaeological sites include prehistoric mounds, as well as ancient Greek and Roman temples and forts, and medieval bathhouses. The country is also rich with lakes and rivers, forests and ancient towns that will take your breath away. Albanian holidays should always be organised with plenty of time built in for exploring the country’s many natural and historical wonders.

Mountains, including the Albanian Alps and the Sharr and Pindus ranges, run along the length of the country 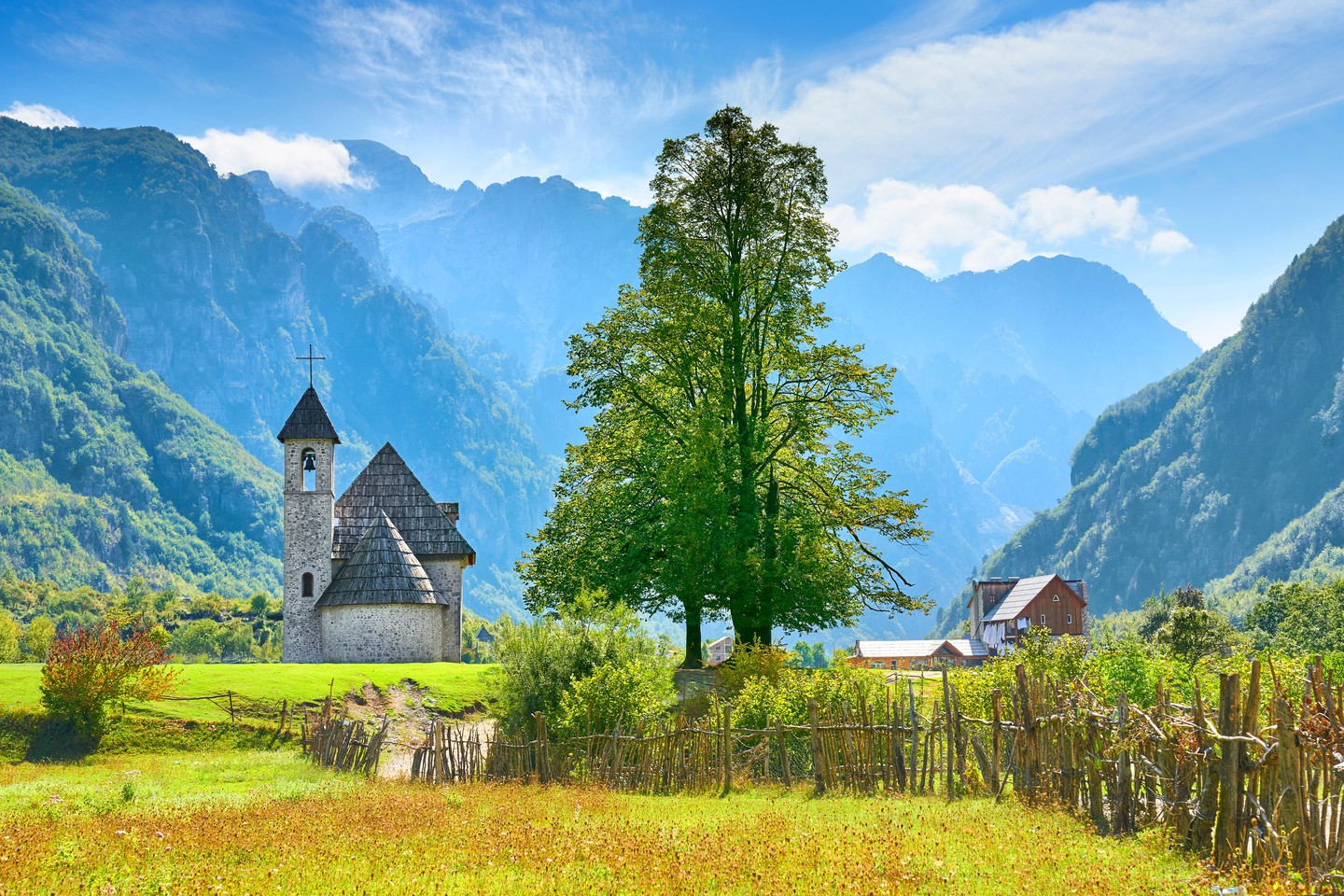 Compared to neighbouring nations, tourism in Albania is very affordable. You can spend a phenomenal week travelling through the country without breaking the bank. Tirana, the capital, is the most expensive city, but you still won’t spend too much compared to other Eastern European destinations.

When it comes to activities, parks are free, and while museums require tickets to enter, the fees are low. For shopping, bear in mind that many shops take only Albanian lekë (the local currency), but hotels take euros as well. Credit cards are not accepted everywhere, so be sure to have some cash on you.

Tourism in Albania is very affordable 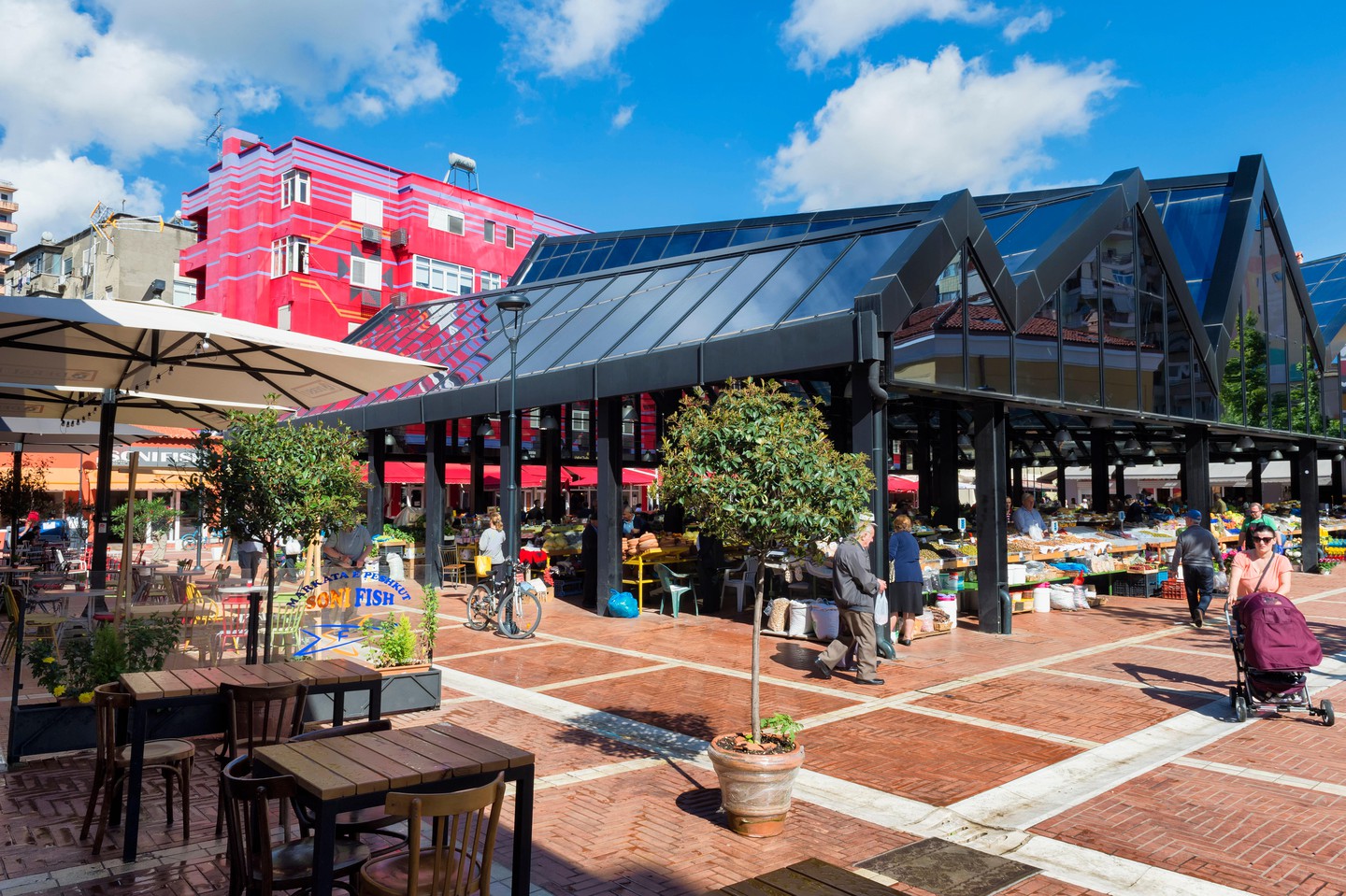 Bring a pair of stretchy pants with you, because Albanian cuisine is fantastic. The best dishes are tasty and affordable. Make sure to try as many as you can while you’re here, but start your culinary experience with fëgesë (a slow-cooked stew made of peppers, onions, spices, tomatoes and cottage cheese); tavë kosi (lamb and rice baked with yoghurt and eggs); byrek (flaky filo stuffed with savoury fillings); speca me gjize (peppers in cottage cheese); baklava (a sweet layered pastry covered in syrup) and trilece (three-milk cake).

The best Albanian dishes are tasty and affordable 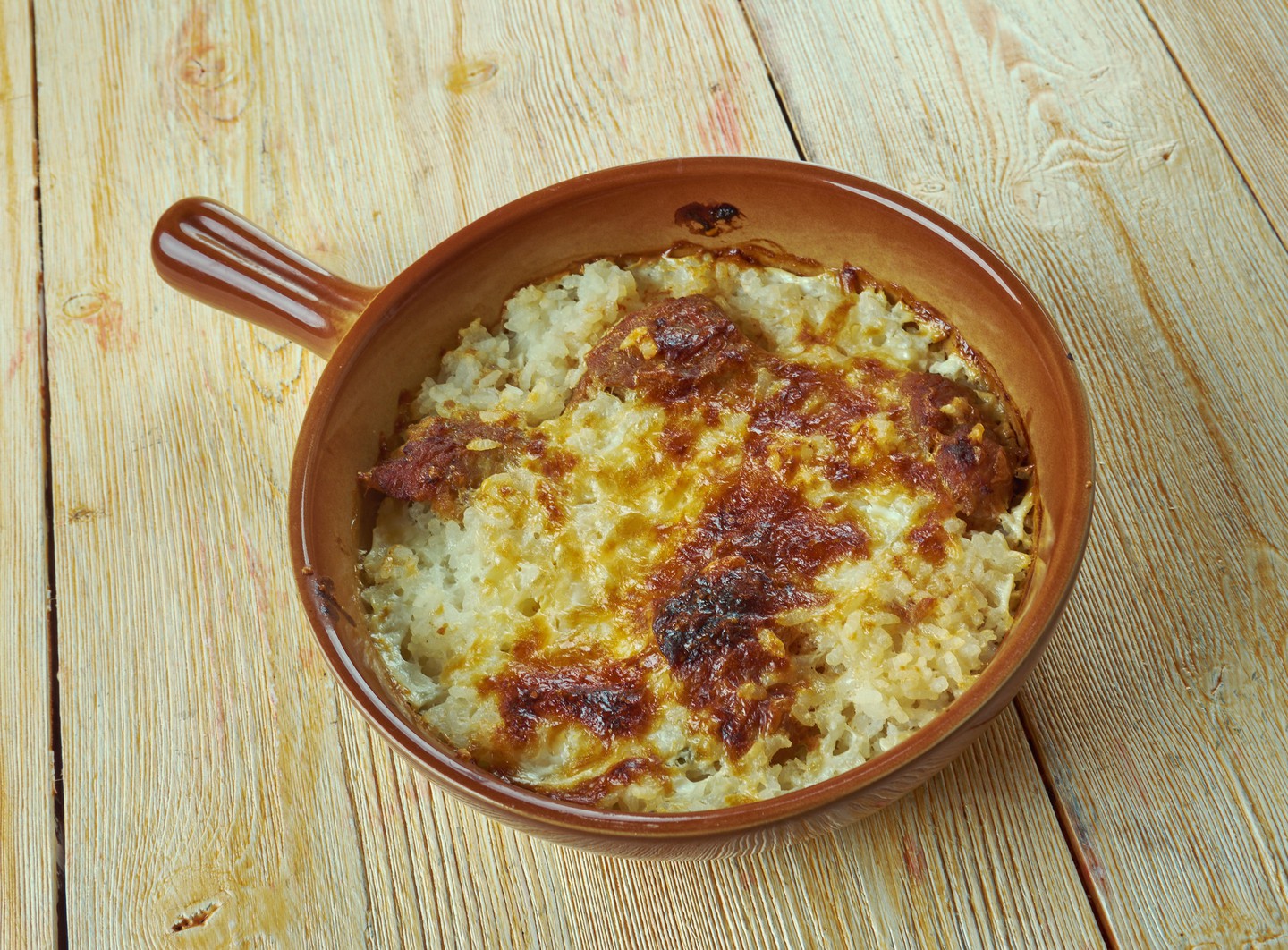 Raki is the answer to everything

Bad day? Drink raki. Good day? Drink raki. Don’t feel good? Drink raki. Have something to celebrate? Drink raki. For Albanians, raki is the answer to everything – but what is it? Raki is an intense aromatic liquor that’s very similar to grappa, as it is made from grape pomace. It is often flavoured with aniseed. You’ll find it throughout Albania and the Balkans, as well as Kazakhstan, and it is considered the national drink in Turkey.

It is thought raki was originally made by monks in Greece during the 14th century. Don’t forget to say gëzuar (cheers) before drinking it down. 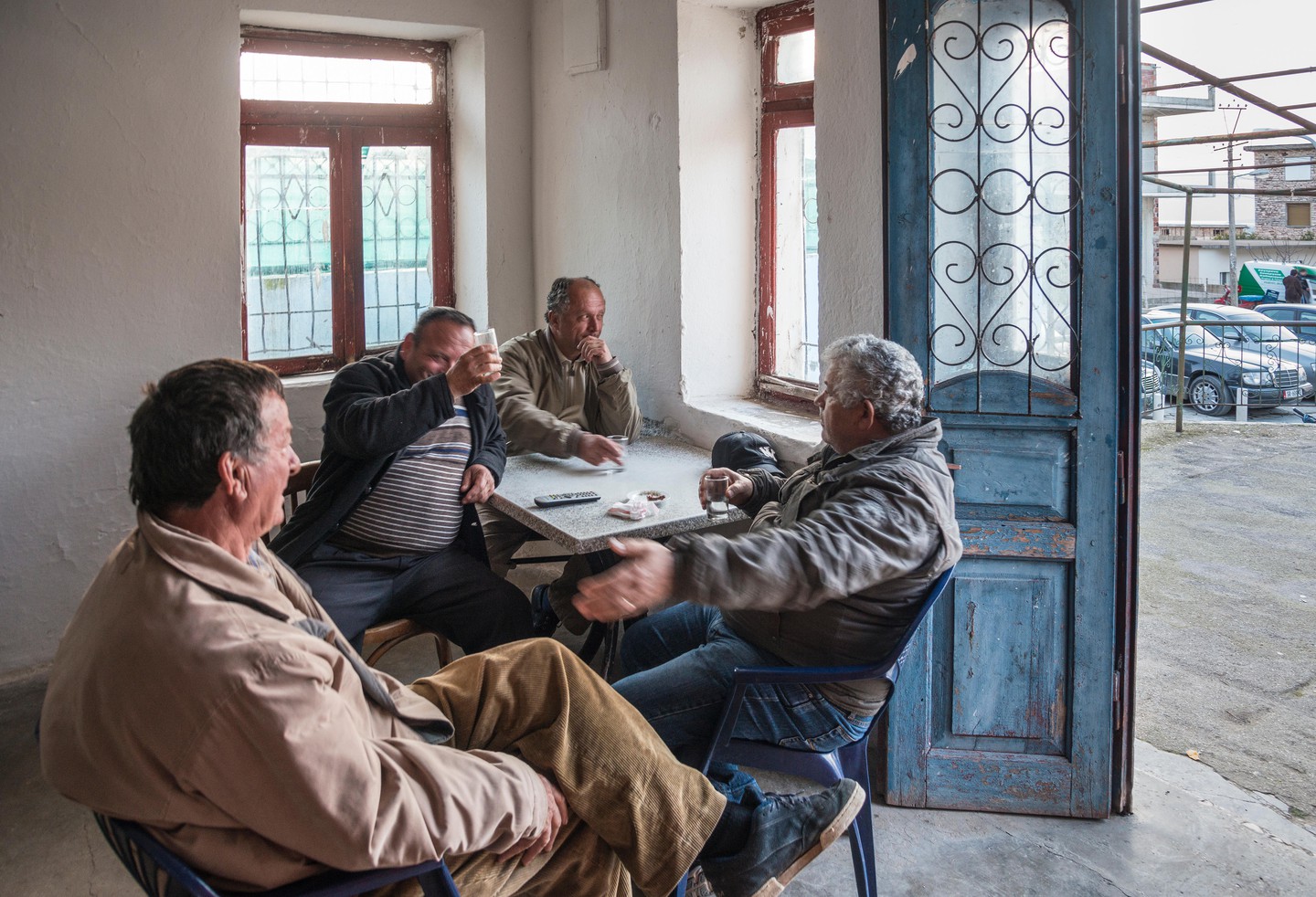 The Albanian language is unique in Europe

Many European languages originate from Greek, Latin or Slavic families, but not Albanian. This ancient language has its own branch on the linguistic tree. Linguists are unsure exactly where Shqip (the Albanian word for the language) is from, and although a few words are similar to those in Italian, English and other languages, it is unique. Albanians are very proud of their language, so try to learn a few words – they will really appreciate it. Here are some basics: përshëndetje (hello), faleminderit (thank you), mirë (it’s OK), naten e mirë (good night) and mirupafshim (goodbye). Travelling in Albania is an adventure

A trip to Albania is a real adventure. If you don’t like travelling off the beaten path, change your plans and go elsewhere. If you rent a car here, you’ll understand. People tend to cross the road when they want, drivers do whatever they want and animals love to relax and sleep in the middle of the streets. Needless to say, driving in the country can be quite a challenge. The other option, if you don’t want to rent a car, is to travel through the country by bus. Albanian travel can be a challenge – there are no official bus timetables, so be prepared to be patient and ask locals where the stops are. We strongly suggest renting a car, because buses will not necessarily get you where you want to go.

A trip to Albania is a real adventure 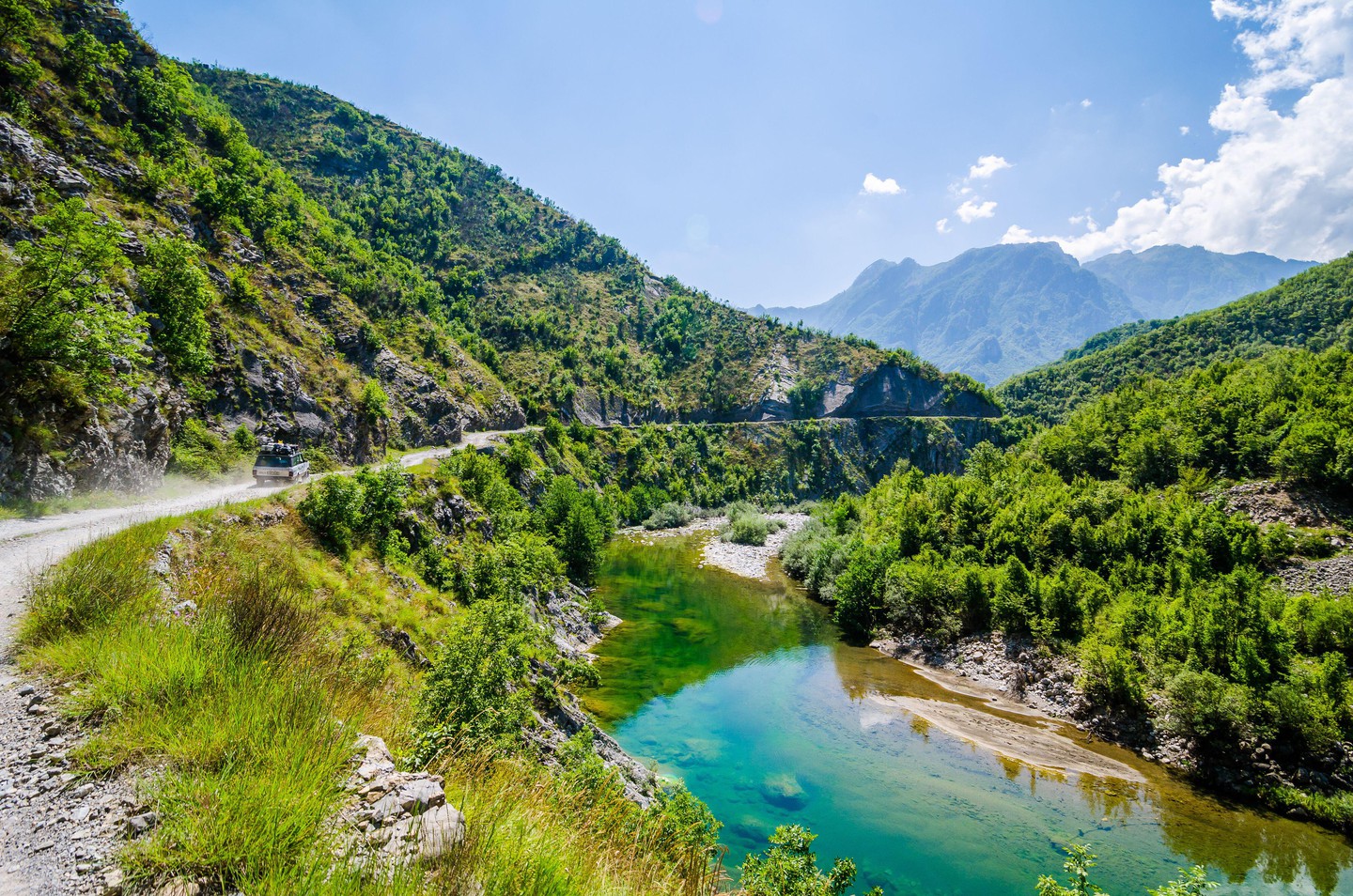 There are more Albanians outside the country than in it

Albania is a small country with around 3 million inhabitants, most of them in the capital city, Tirana. But outside Albania, mostly in the neighbouring countries of Italy, Greece, Kosovo, Macedonia and Montenegro, there are more than 10 million Albanians. Many people have settled in the US, Canada, Switzerland, Germany and Turkey as well.

Albania is tolerant of many religions

One of the most beautiful things about Albania is that it is a tolerant nation when it comes to religion. Christians, Muslims and Jews all feel safe and welcome here. In every town you’ll see an Orthodox church and a Catholic church within a few metres of a mosque. According to the 2011 census, just under 60 percent of the population is Sunni Muslim, 10 percent Roman Catholic and seven percent Eastern Orthodox, with Bektashi Muslims, other Christians and other religions also represented.

Albania is a tolerant nation when it comes to religion 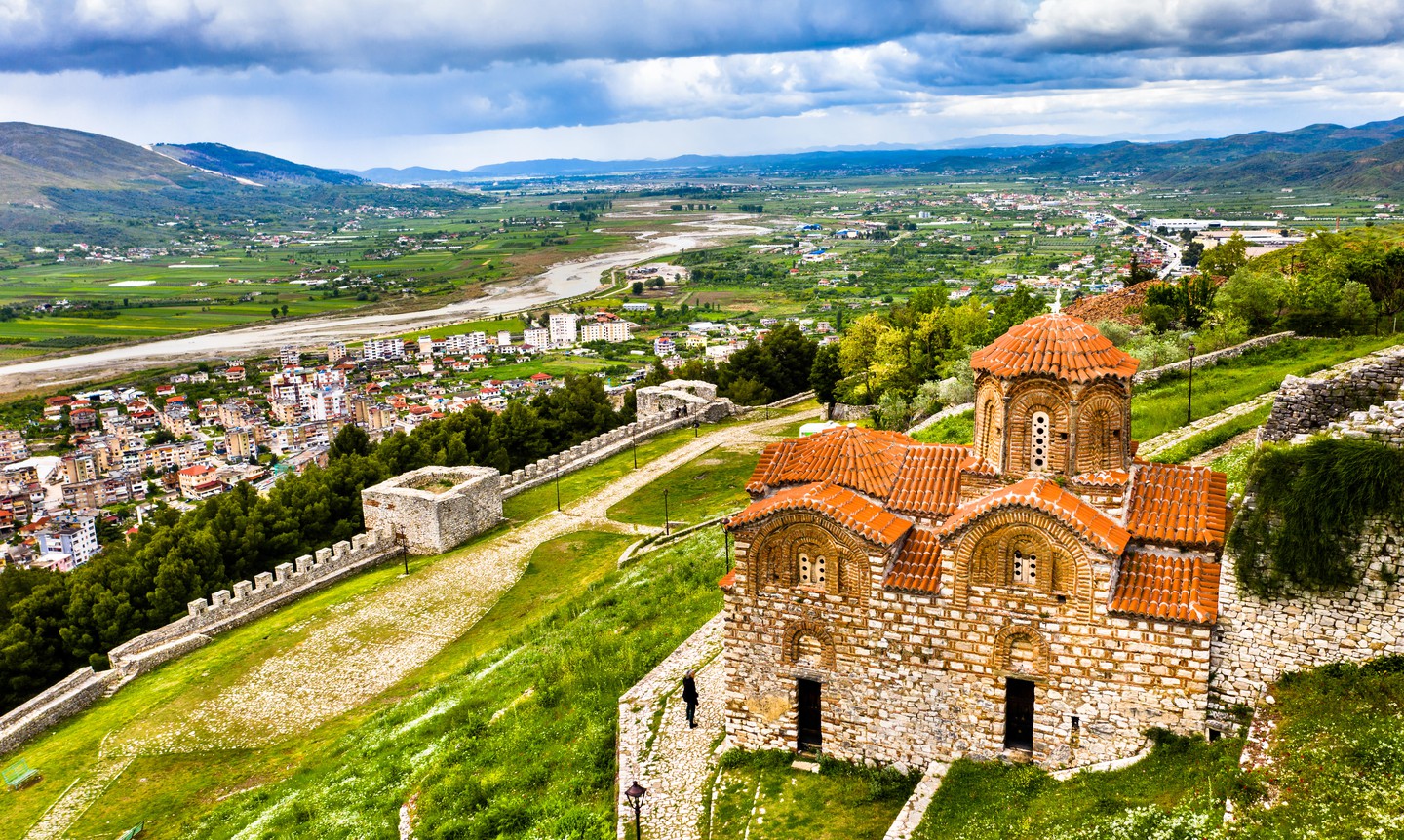 Subscribe to the free newsletter and stay up to date

Few Events from our daily work...

The Latest Technology, only from Landways 💻🔊

Hello Monday. 🌸 The only way to do great work i

Established in January 2005 in Tirana, Albania under the name of Albania Experience, which was later changed to Landways International, this company is now one of the most dynamic ground operators in the Balkans and Southeastern Europe.